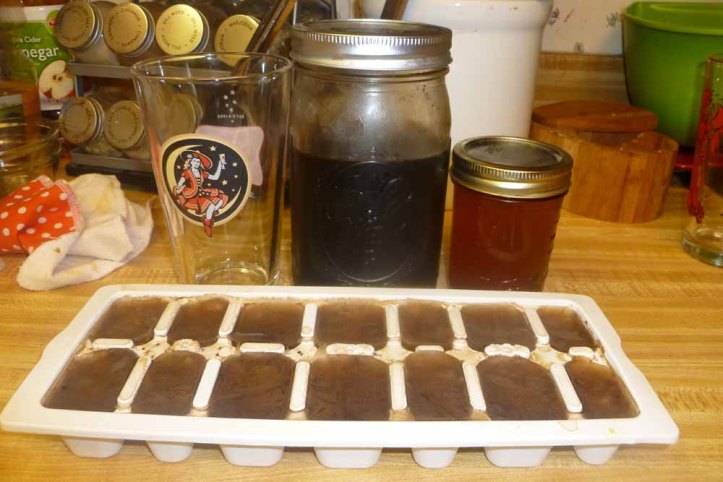 A few weeks ago I went on a digital search for iced coffee recipes. I drink at least one full French press full of caffeinated goodness every day, but sometimes I want a cooler alternative. I stumbled upon a cool website called Kitchen Treaty that has a recipe for Orange Spice Iced Coffee. I was sold, let’s do this!

The coffee itself is super easy to make. You take one cup of coffee grounds — I drink Chock Full O Nuts Dark Satin because it sounds mysterious — and put it in a container with four cups of water. After 12 hours, you strain and put it in the fridge. Easy peasy. I also prepared a regular press of coffee and made coffee cubes.

Then came the real work: making the orange spice simple syrup. For this you throw the ingredients into a small pot, boil for a while and strain out all the chunky stuff. I don’t usually go for sweetness in my coffee, but there’s something about cold coffee that makes me want a little something extra in there besides the bitterness that fuels my mornings. This simple syrup isn’t overly sweet and definitely carries some different notes thanks to the orange peel and cinnamon. 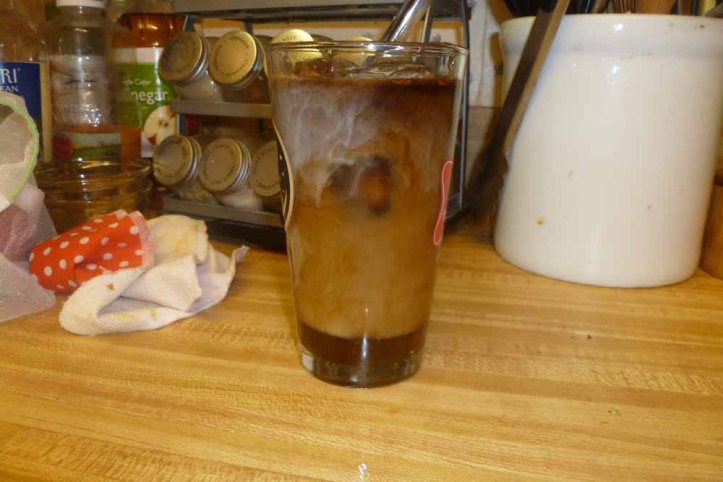 With everything made and in the refrigerator/freezer, you have the ability to make s delightful, cold, coffee beverage whenever you want! I followed the recipe pretty closely for putting these together with the cup of coffee, two tablespoons of syrup, a few coffee cubes and a bit of milk to fill the glass. Now that I’ve done it a few times, I’ve shifted over to eyeballing things, but I love having these things on hand and actually need to pop in the kitchen and make some more of the coffee.