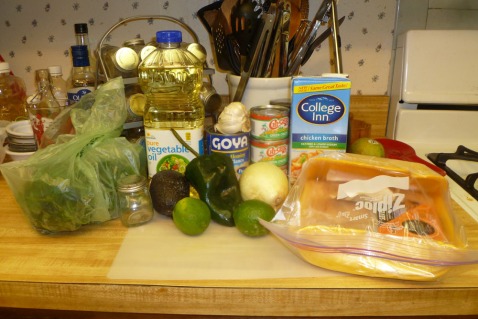 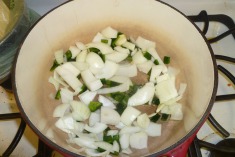 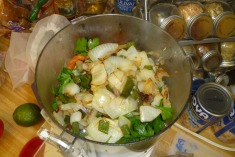 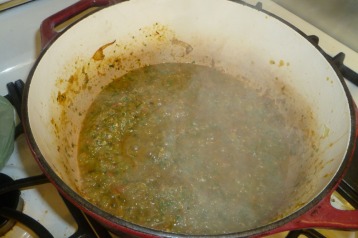 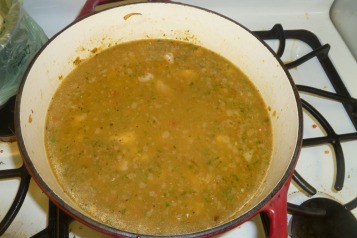 Once again I have a post about a dish that I think was pretty good, but has been forgotten thanks to a lack of timely posting and lots and lots of meals between then and now. I think I was looking around for something chili-esque on Food Network’s website, came across this recipe for Chile-Chicken Posole and went with it.

It looks like the only changes I made were getting rid of the cilantro, which my wife isn’t a fan of, and using a poblano pepper instead of a jalapeno. I have no idea if that’s a swap that makes sense, but I don’t like a lot of heat, so I tend to avoid non-popper jalapenos.

Aside from that, it looks like the rest was business as usual: cook the chicken in olive oil, do the same with the onion and pepper, throw a bunch of stuff in the food processor and then put everything together in a big pot for a while.

Something in my brain tells me that we enjoyed this meal, which is the main reason I’m writing about it here. It’s basically like leaving a message for my future self:

“Dude, try the posole again and, this time, WRITE ABOUT IT!”

There, hopefully that will do the trick.