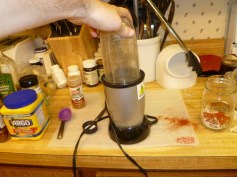 Coriander in the Magic Bullet

Spices in the jar 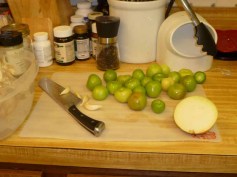 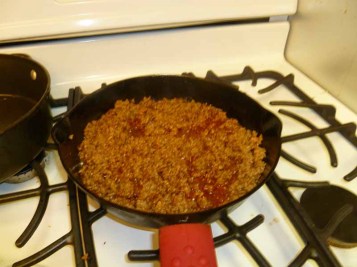 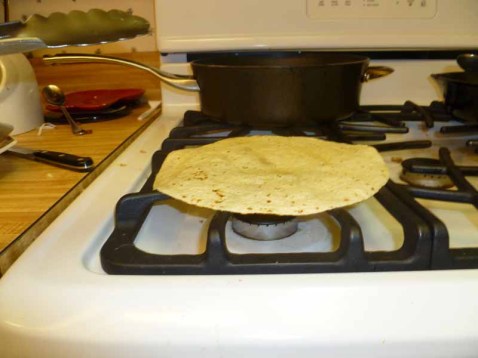 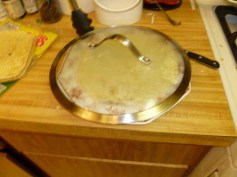 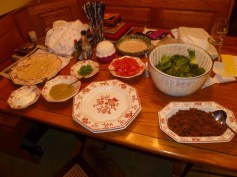 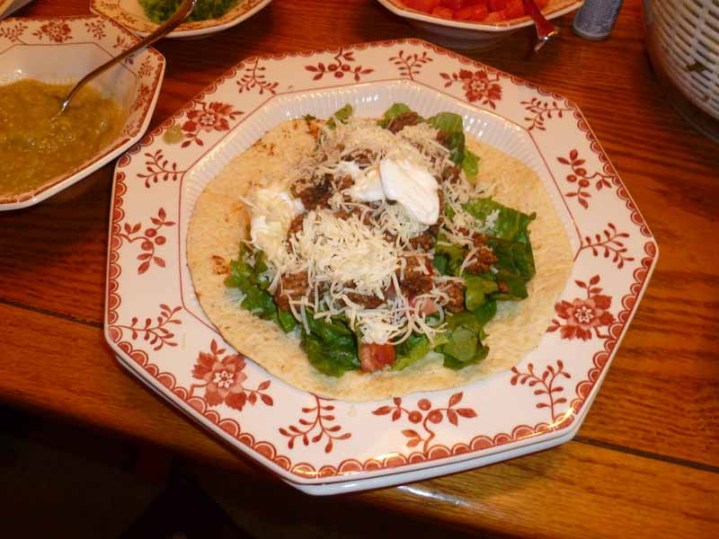 While at the farm stand down the road on Monday I saw that they had tomatillos for about a buck a pound. That got the wheels turning. A while back I saved the link for Alton Brown’s Taco Potion #19, a homemade version of that packets you buy at the store. I wanted to give that a try, so when I saw the tomatillos I immediately thought to make tacos along with an altered version of Tyler Florence’s Roasted Tomatillo Chile Salsa. I’ve made the full enchilada recipe that this sauce accompanied, but have been wanting to try it with just regular tacos and will also be taking the extra along with me next week when I make those awesome fish tacos for everyone on vacation next week.

This meal wound up taking a while because there were so many steps. I started off making the Taco Potion which was super easy. The “hardest” part was blending the coriander in the Magic Bullet and the only trouble there was reaching for the Bullet. You literally just throw everything in a jar and mix it up, so there’s no real work there. I didn’t even have to buy anything because we had all the ingredients in house.

After that I put together the altered Tomatillo Chile Salsa. I skipped the jalapenos and cilantro because I’m not a fan of heat and my wife despises cilantro. I also didn’t have any actual limes in the house, so I went with some of that stuff that comes in the lime-shaped bottle. Also, since our oven doesn’t work, I just cooked the tomatillos, onion and garlic in a large pan with olive oil. To keep the heat in, I put the lid on and let them go on medium heat for 10-15 minutes. When they got blackish, I took them off the heat and eventually blended them up in the Cuisinart along with the other ingredients. I honestly didn’t notice a difference in taste with the different cooking method.

While the sauce cooled, I started cooking the ground beef for tacos in an iron skillet. I’ve made tacos enough using the directions on the taco kit box to know the basics. You brown the meat, drain the fat, add the taco spices and water, cook down and you’re done! When we have it, I throw some salsa or V8 juice in there which adds even more flavor. As the meat cooked I got the other elements of the taco bar together. I cut up some green onions from the cup with kitchen scissors, chopped lettuce, put out the tomatillo sauce, sour cream and hot sauce (my wife likes red while I like green) and shredded the cheese. Once the tacos were done cooking (ie most of the liquid had cooked off or been absorbed), I put that on a plate and started lightly toasting the tortillas on the stove with some tongs.

I’m always a fan of taco bar night going back to when I was a kid and mom made them, so this meal was great for me. However, the taco potion was a little off. I don’t think I’m a huge fan of the smoked paprika in there. The taco meat wound up tasting almost like sausage with it’s smokey flavor. It was an interesting taste, but didn’t exactly scream “tacos!” The tomatillo sauce was a great mix of tangy and sour, which is what makes it such a good taco companion. I highly recommend giving either recipe a shot next time you feel like heading south of the border. On a personal note, I like that I’m getting to a place where I’ve cooked enough recipes to know which pieces of them might make sense with other flavors and how to switch up some methods and come out with something pretty similar. I’m starting to feel like an actual cook!