Book Report: A World Of Food by Carl Warner 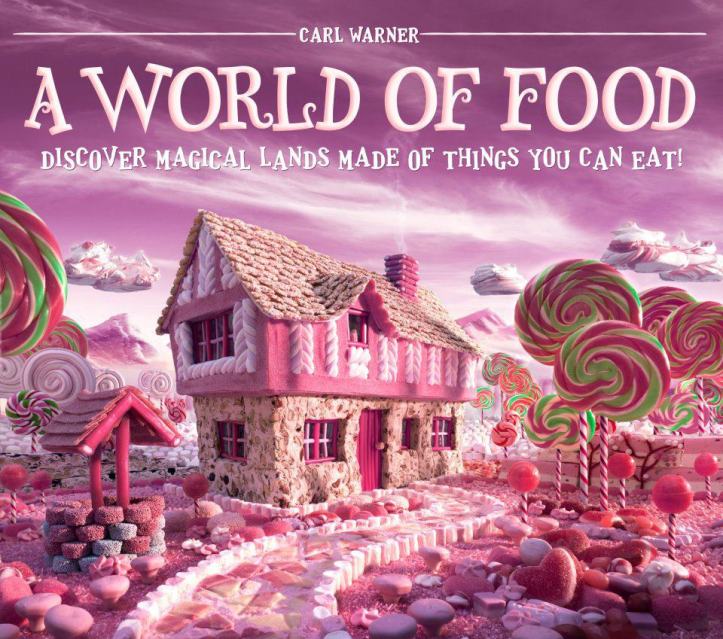 Before my daughter started kindergarten, we began a much more structured nighttime routine that involves watching a little TV with me while my wife puts our son to bed and then a few books in her room. We call this Books and Bed because we’re super creative. My daughter’s always been interested in books, but this new process has really boosted her interest, so I’m on the look out for new stories to dive into.

While perusing the aisles of the kids section at my local library I saw Carl Warner’s A World Of Food standing on top of the shelves and it immediately grabbed my attention. I mean, just look at this thing! I’d never heard of Warner, but I was super-impressed with his ability to craft these amazing landscapes out of food! 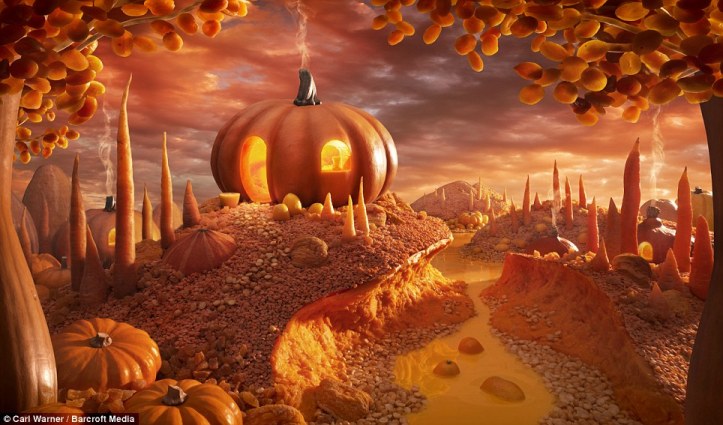 The story itself consists of a series of poems about what the world would be like if it were made out of foods of a certain color (orange is above). The rhymes are nice but they really accentuate the images by partially explaining what kinds of foods are in there. When I read this book to both kids, we definitely spent more time pointing out the items than reading. As you might imagine pink, brown and white (candy, chocolate and vanilla ice cream) were all very popular with them, but I was particularly impressed with silver which features a whole sea made out of fish.

I definitely recommend checking out Warner’s work — you can read more about him on his site — and I’ve already requested another one of his books from the library (and will keep an eye out for them at book stores/online). World Of Food would be an even better pick for kids who have an interest in cooking or food. I was impressed with how many items my kids were able to spot, but now they’re interested in couscous (which they’ve had, but didn’t recognize). As the cook in the family, I’m all for further food curiosity.