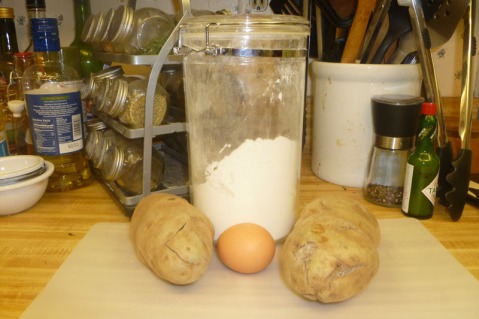 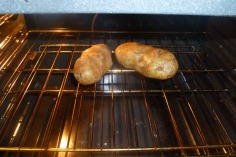 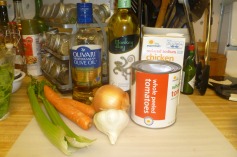 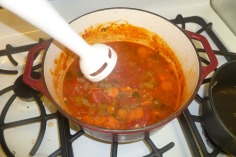 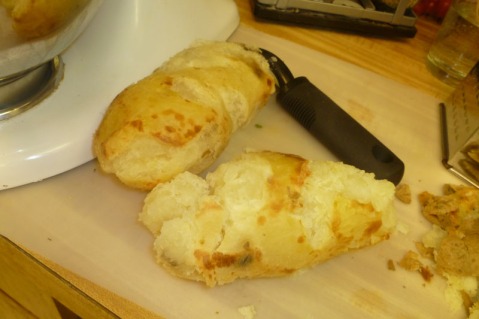 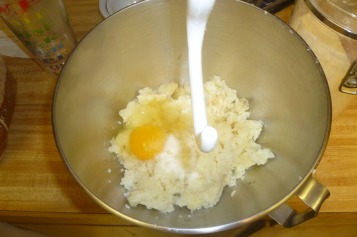 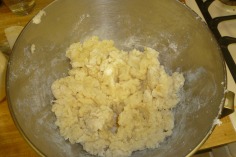 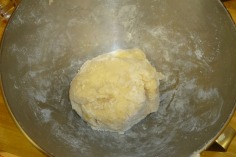 I’ve made gnocchi before and really liked the results, even though it can be a somewhat time consuming process. So, when I saw what looked like an even easier recipe on Smitten Kitchen’s website called Gnocchi & Tomato Broth, I was game. In addition to the difference in taste, I was also interested in noting the difference between this recipe and the previous one I worked off of. For one thing, it makes a lot less gnocchi which is good for me because I had a rough time trying to thaw out the dough I had frozen. You also prep the potato portion of the dish differently, instead of boiling them, you poke a bunch of holes in your potatoes and throw them in the oven, which I think it actually a lot simpler.

While the potatoes baked, I got to work on the sauce. You’ll note I said “sauce” instead of “broth” because instead of straining everything out like the recipe suggests, I took to it with a hand blender and made myself more of a sauce. Why? Well, it’s been cold and I wanted something thicker. If I made this in warmer months, though, I’d try the broth method to see how that works.

Once the sauce was done, I went back to making the gnocchi dough which involved mixing the ingredients up in our Kitchenaide. From there, I divided up the dough, rolled out some lines and chopped them up with my dough cutter/scooper. While working on this part, I set a pot of water on the stove to boil. When I was done with the dough pieces and the water was boiling, I started dropping them in and waiting for them to rise.

Again, the process can be somewhat laborious and time consuming, but there are days when all I want to do is go into the kitchen and not come out for a few hours with something really good and even a little primal that I made with my hands. This gave me that feeling without taking up too much of the day, so I’m adding it to the greatest hits.