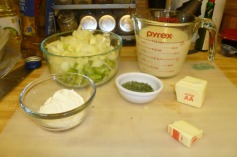 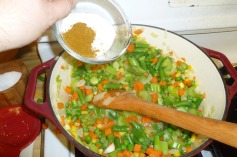 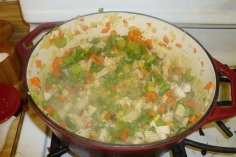 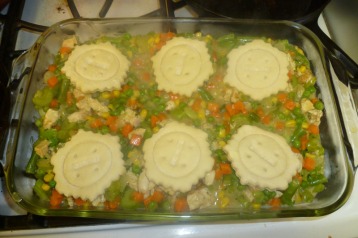 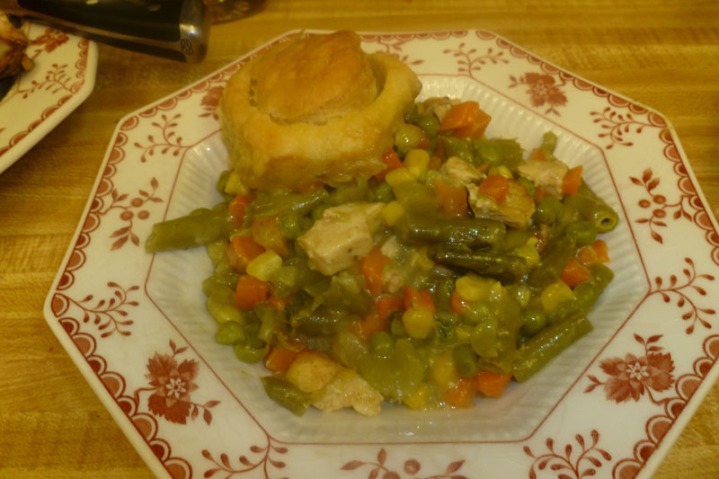 I don’t know about you, but sometimes I’ll write down the ingredients for a recipe without really processing them beyond the yes/no “do we have this in the house” stage. That was kind of the case when I decided to make Alton Brown’s recipe for Curry Chicken Pot Pie which I came across in Good Eats Volume 1 (page 380), but is also available on Food Network’s website. It’s not that there was anything wrong with this particular recipe, in fact the results were quite good, but I realized while thawing out both puff pastries and a vegetable medley that the intent for this dish probably wasn’t making from ingredients you purposefully bought for this dish, but instead of things you had around the house either partially or in full. Why else would a fresh food proponent like Brown suggest such a recipe?

Anyway, like I said, I still walked away with a wonderful dinner to feed my family, but I’m sure there was a fresher alternative — maybe that’s what his Chicken Biscuit Pot Pie is supposed to be, now that I think about it, there’s no reason you couldn’t throw some curry in that dish.

I followed the recipe as written, but also had to cook a few bone-in chicken breasts which made for a bit more work than I originally thought. Aside from that, though, this dish requires some prep and then lots of throwing the next batch of ingredients in the pot before putting everything in a baking dish, topping with puff pastry and cooking in the oven.

The curry really makes this dish something special, turing the pot pie-esque dish of poultry, veggies and gravy into something that feels a little exotic and deeper tasting.