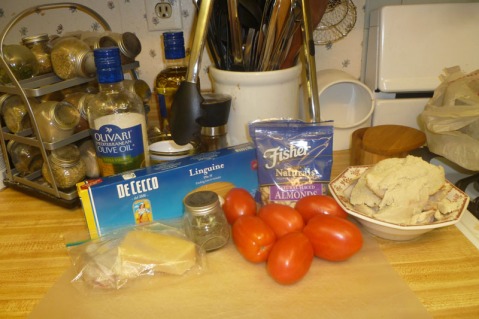 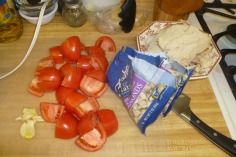 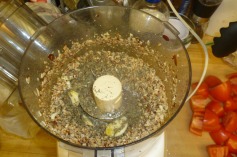 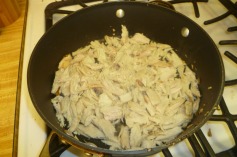 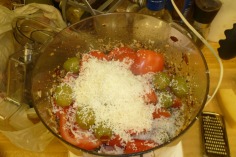 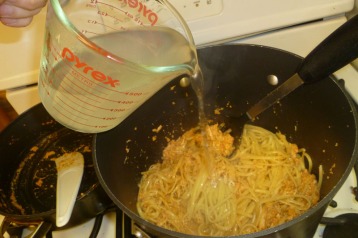 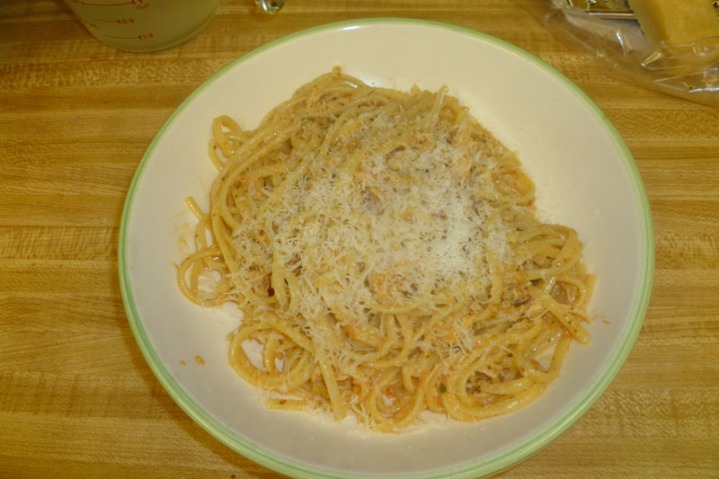 As my go-to, single person recipe blog, I spend about as much time flipping through Smitten Kitchen’s archives as I do going through books by people like Betty Crocker, Alton Brown and Michael Ruhlman. We’re just on similar wavelenghts and she has a killer eye for good food. So, I was pretty excited when I came across her recipe for Linguine With Tomato-Almond Pesto. I was far less excited, however, when I went to the grocery store that week and they didn’t have any basil. I wasn’t really prepared to sub in another recipe, so I decided to wing it and the results weren’t half bad.

I followed the recipe for the most part, but added and subtracted a few things based on what I had on hand. Obviously, the basil was out of the pesto, so I tried making it a little more flavorful by adding some olives, but I don’t think that flavor really came through in the finished product. I also decided to heat up some of the frozen Thanksgiving turkey and warmed that up in the same pan I toasted the almonds in.

When the sauce was done whirring in the food processor, I added it to the defrosted chicken and let those guys get to know each other a little bit while the pasta finished doing its thing. Before draining, I pulled out some of the pasta water which I later mixed back in to thicken everything up a bit. I haven’t made the recipe yet as written, though I intend to at some point, but I can say that mine was pretty almond-y. It did feel like it was missing a little something without the basil, but overall it felt like a pretty good save.