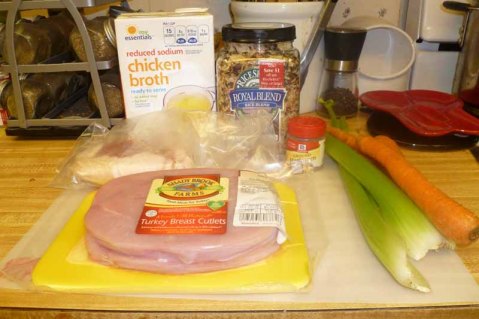 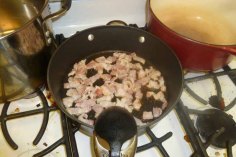 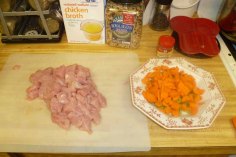 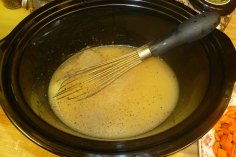 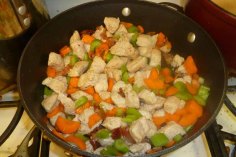 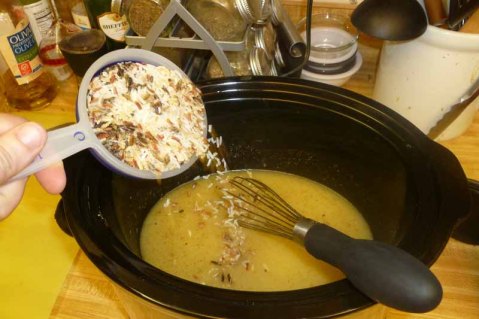 That Rice is WILD 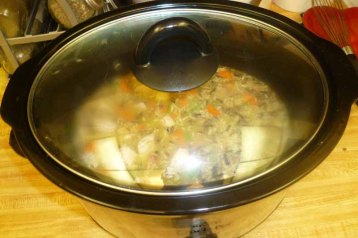 Slow & Low That Is The Tempo 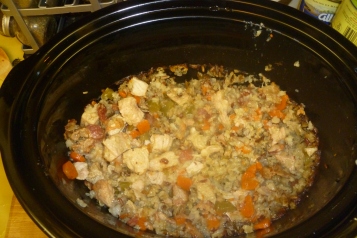 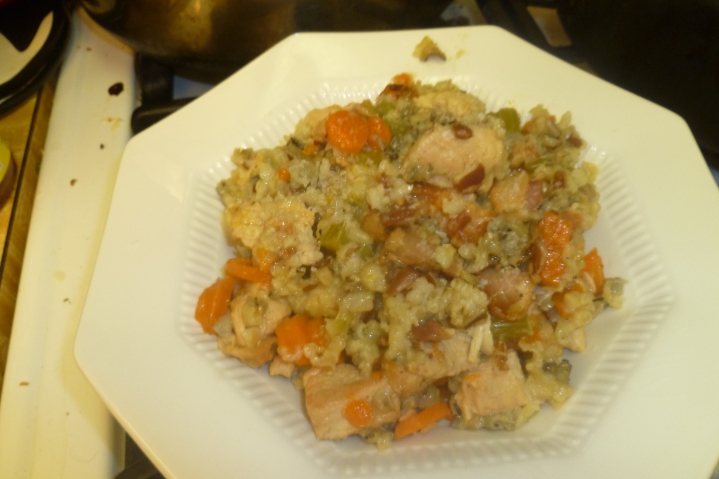 Turkey and bacon make a great combination. Really, anything and bacon is super tasty, but these two proteins work especially well together. This idea was tested and proved once again when I made Herbed Turkey And Wild Rice Casserole from Betty Crocker’s Slow Cooker Cookbook  (p 120). This recipe isn’t as easy as some of the “throw everything in the slow cooker, flip the switched and wait, but it was definitely worth the effort.

First up, you cook the bacon. Instead of cooking the whole strips, I like to dice it up. Saves on time and effort down the line. While that cooked, I chopped up the turkey breasts, carrots and onions and also mixed together chicken broth and a can of condensed cream of chicken soup. I don’t usually use cream of anything soup, but I had already written down most of the ingredients on my list and was in it enough.

Once the bacon is removed, you through the turkey and veggies into the pan. When that’s done, the rice goes in the slow cooker bowl as do the cooked meat and vegetables. At this point you get to put the lid on and cook on low for six or seven hours.

This turned out to be a pretty enjoyable recipe thought brought a few things into our meals that we don’t usually eat: wild rice and turkey. Oh, also that soup. There’s got to be a good substitute for that, though right? Anyone have any suggestions?