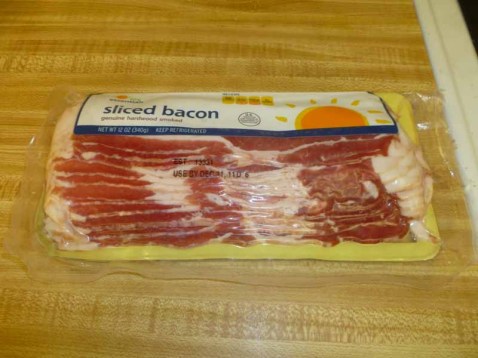 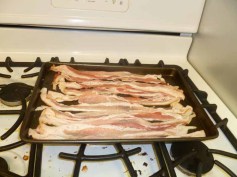 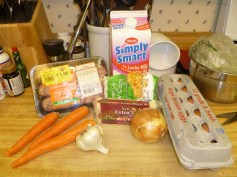 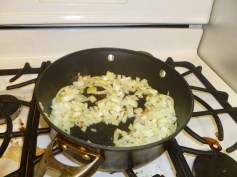 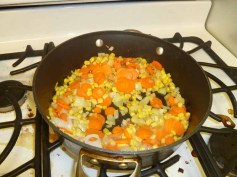 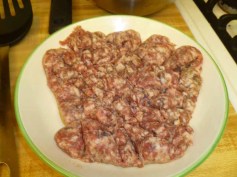 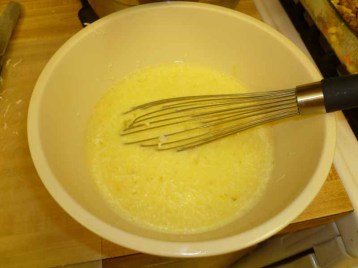 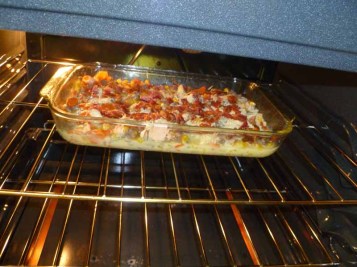 After my exploits with pierogies I was left with a pound of bacon and no real plans for it. On a trip to the grocery store after that I procured some sausage. I think I was going to do breakfast for dinner or something along those lines just simply making eggs with a side of bacon and sausage. However, after making Alton Brown’s Shepherd’s Pie I had an idea to make an egg casserole. I had eggs, sausage, cheese and vegetables so I actually combined two recipes, Alton’s and Robert Irvine’s Egg Casserole Recipe and wound up with something pretty tasty. My idea was to do a pretty simple egg casserole by cooking onions, carrots, peas and corn and then adding the de-cased sausage before tossing that into a baking dish, adding Irvine’s egg mixture and covering with cheese and bacon.

The first step involved cooking the bacon. I had heard about baking it in the oven instead of in a skillet or pan, so I found this recipe on About.com’s food section and went with that. I think it would have worked awesomely except I hadn’t completely defrosted the bacon and had to run hot water over it just to get the pieces separated. It was kind of a mess and cooked unevenly, but I’m guessing that’s all on me.

Anyway, after that, I got to cooking the onions and garlic then the carrots in olive oil. The Shepherd’s Pie recipe called to add frozen corn and peas after putting the mixture in the dish, but I tossed them in now so the flavors could mingle a little better. After that, I got the sausages out of their casings, mashed them up and cooked them with the vegetables. Once that was all done, I put the whole mixture in a baking dish.

For the eggs, I didn’t completely follow Irvine’s recipe because I didn’t have everything in the house. I just mixed five eggs in a bowl and added some milk, then added that to the baking dish. I had shredded some cheddar cheese and chopped up the good pieces of bacon and topped the meat, vegetable and eggs with that. The dish then went into the oven and cooked for 30 minutes or so.

I was pretty proud of whipping this together and having it come out pretty tasty. You can’t really go wrong with eggs, bacon, sausage and cheese in my opinion, especially all in one simple package, but actually combining two recipes and figuring everything out without explicit directions was nice, made me feel like I actually know what I’m doing in the kitchen.