I fully intended to write this post last week, but life and babies got in the way of that. I’ve talked before about how we feed Lucy and most of that remains the same. Instead of using the ceramic pink dish, I’ve been heating the food up in the microwave to get it warmer, then smoothing it out and checking for hot pockets, but mostly, it’s the same. 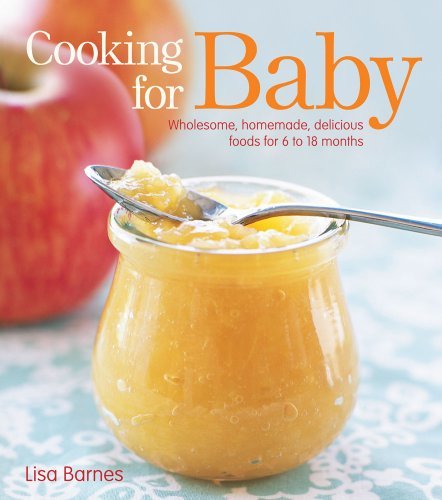 But, I also wanted to do a post more about working with frozen food. We’ve never purchased baby food. Instead, my wife and her mom have made food, sometimes using Lisa Barnes’ Cooking For Baby. She handles all the actually food cooking, but we’ve currently got several large freezer bags in our freezer with pumpkin, pear, apple, pea, black bean and other cubes.

After making whatever food she’s working on and blending or pureeing it, they go in these covered ice cube trays we have from a company called Fresh Baby. We also use normal ice cube trays when we need to freeze a lot of food in a fairly short period of time. I’ve found that the best way to get the food out of the trays is to spray the bottom with hot water using the sink sprayer. Sometimes you need to loosen things up a bit before the usual bending will free the food.

From there, it’s just like I wrote before: defrost and serve. With Lucy getting older and hungrier, I tend to defrost three cubes per meal and store anything she doesn’t eat, though that hasn’t happened in a while, now that I think of it. I like to mix up the food and try to get a fruit cube in along with the veggies to mix things up. So far, she still gives new food a bit of a stink face, but we haven’t fed her anything that she refuses. Peas didn’t go over so well at first, but now they seem like one of her favorite foods. And, yes, I do mix them up and give her spoonfuls with more than one food on them. I’m all about mixing things up and seeing what the outcome will be!